When I hear the term fall, the first thing that springs to mind is Halloween. Halloween is one of the world’s most popular and recognized holidays. It’s a lot of fun and colorful. Pumpkin Jack-o-lantern carvings are the most delicate part of Halloween. The most anticipated festival ritual is deciding what sort of Jack-O’-Lantern pumpkin to buy and how to carve it.

This post is for everyone who likes Halloween and the spooky Jack-O’-Lantern décor concept with pumpkins.

Table of Contents hide
What is the link between Halloween and pumpkins Jack-o-lantern?
What is the most excellent and accessible Jack-O’-Lantern pumpkin carving patterns for Halloween?
1. Jack the Scary and Hungry
2. A carved pumpkin with words
3. Owl design
4. A smiley in the shape of a skeleton.
5. Pumpkin peek-a-boo
Bottom Line

What is the link between Halloween and pumpkins Jack-o-lantern?

We all know that carving pumpkins and adorning your front lawn with them is essential to the holiday season. But have you ever wondered about why we carve and decorate Jack-O’-Lantern for pumpkins?

The significance of pumpkins during the celebration is explained straightforwardly. Jack-O’-Lantern Carving pumpkins into Jack-o-lantern shapes originated nearly a century ago in Ireland. The primary purpose for individuals adopting this ritual was to frighten away evil spirits that could travel through the farm’s Irish inhabitants. Previously, Irish people carved terrifying masks out of turnips. Later, the Irish came to the United States and began Jack-O’-Lantern carving patterns out of pumpkins. The pumpkin vegetable was chosen since it was indigenous to the area.

This custom is still followed by those who celebrate the holiday today. The holiday is usually observed in the United States of America in the modern age. Furthermore, the ritual is so well-known that it is now widely practiced. Pumpkin carving can also be associated with Halloween celebrations.

What is the most excellent and accessible Jack-O’-Lantern pumpkin carving patterns for Halloween? 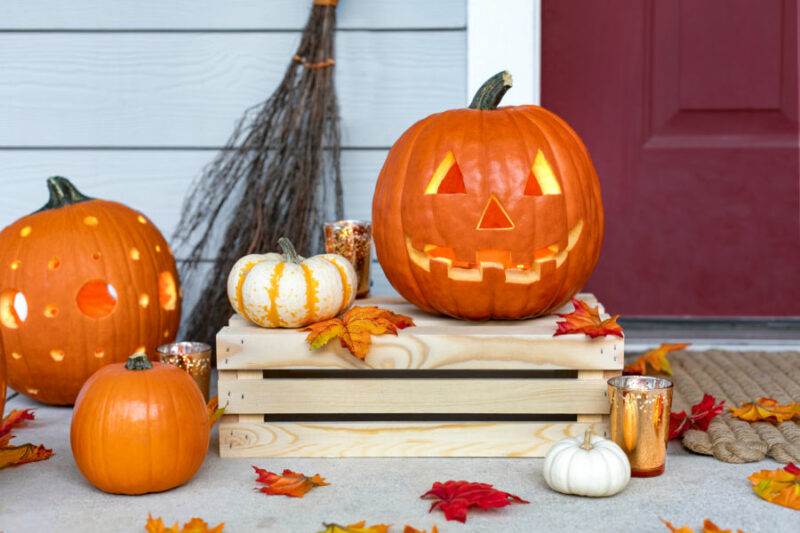 In some ways, we may argue that Halloween is incomplete without pumpkin carvings. The pumpkin Jack-o-lantern patterns are well-known and appealing. However, time and living changes have resulted in new ways of carving a pumpkin.

Check out the rest of the post to discover more about Halloween’s most excellent and accessible Jack-o-lantern pumpkin carving ideas.

1. Jack the Scary and Hungry

Draw a terrifying expression on a green apple and insert it in the corner of the pumpkin’s mouth. That’s all; your frightening and hungry Jack-o-lantern designs are complete.

2. A carved pumpkin with words

The next pumpkin carving project on your list is simple. Not all Pumpkin carvings have to be frightening. It may also be amusing and kind. Making words out of pumpkins is one such carving design. On your pumpkin, you can carve any word or statement. A signboard might be as essential as wishing everyone a Happy Halloween. So allow your imagination to go wild and begin carving any words you want into your pumpkins.

The owl face is a popular Jack-o-lantern motif for carving your pumpkin. First, carve an owl face into your pumpkin. Two circles and an upside-down triangle are all you need to build an owl. After drawing the design, begin cutting the pumpkin by removing the insides. Later, add eyes and wings using a marker or other type of paint to make it appear menacing.

4. A smiley in the shape of a skeleton. 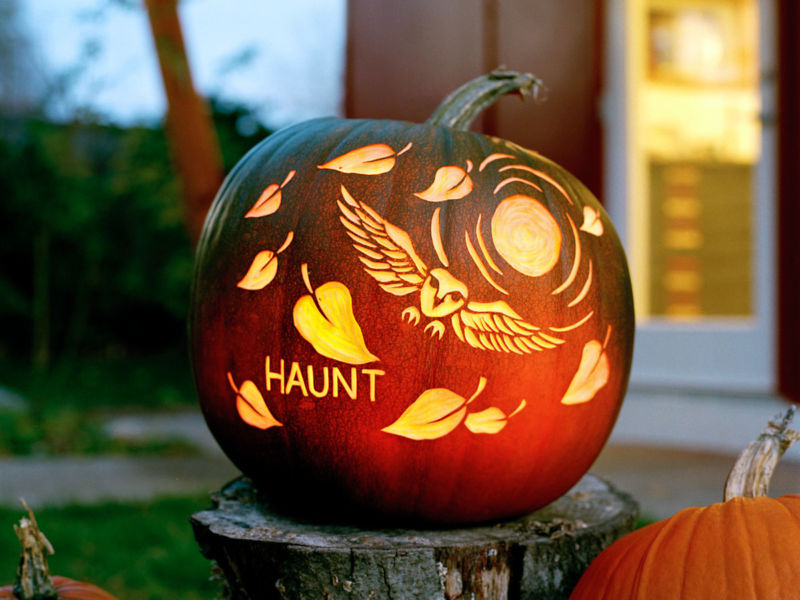 This design is an excellent way to keep the theme going while Jack-o-lantern carving a pumpkin. All you want to do is cut a smiling face into the pumpkin. Then, carve the Jack-o-lantern pumpkin with the x and + sign instead of making circles. As a result, you are ready to make a skeleton smiley that is both frightening and simple. To produce the eyes of a grin, carve two Xs, and for the lips, build a stitch pattern with the + sign.

Finally, draw a nose in the form of a triangle. You will almost certainly have a spooky pumpkin to decorate your front lawn or house with a carved vegetables.

The fifth and most appealing Halloween Jack-o-lantern pumpkin carving idea is to cut a barn. Carve a barn out of whatever pumpkin you like. After you’ve built the barn, you may add fences or gates with the carved-out pricing or more pumpkins. You may use a toothpick to secure the fencing to your pumpkin. Later, insert farm animals, straw bales, or other farm items into the pumpkin. You may also complete the appearance by surrounding it with farm-themed things.

Though the ideas presented in this post are essential, they are a highly effective kind of Halloween Jack-o-lantern décor. First, keep in mind that a light should be placed inside the pumpkin to bring it to life at night.

There is no question that fall is synonymous with Halloweenn, a necessitates pumpkin Jack-o-lantern carving. However, carving a pumpkin is a challenging but enjoyable task. As a result, we’ve included five basic designs you may use to make your Jack-o-lanterns.